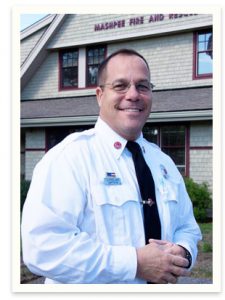 I would like to address this to all the Keiser University staff and fellow students that I have met through my travels with Keiser over the last twelve years.

When I first enrolled back in 2003, I was new to the online educational environment and nervous as to how the experience would go.  Let me say, Keiser has a knack for selecting educators who are perfect for this method of instruction, which allowed me and my fellow classmates to get up to speed quickly.

Professors were always mindful of the vast life experiences that students brought to discussions, being careful not to limit individualism and allow students to express themselves.  They would facilitate open discussions while still meeting the educational benchmarks outlined in the syllabus.  Classes always met or exceeded my expectations and I cannot express the gratitude I have for Keiser University.

When I first began, my original goal was monetary in nature and obtaining an Associate’s Degree was all I desired.  But like most things in life, you get what you give.  Keiser lit a fire in me and I wanted more.  As a Firefighter, my goals shifted and moving up the promotional ladder through the ranks of the Fire Service became my focus.  Now twelve years after my journey began, I have two A.S. Degree’s and a B.S. Degree in Public Safety Administration.  These educational landmarks have propelled my career to the rank of Deputy Fire Chief.  I will forever be indebted to Keiser University for helping me achieve my career goals.